The Human Obsession with Guns 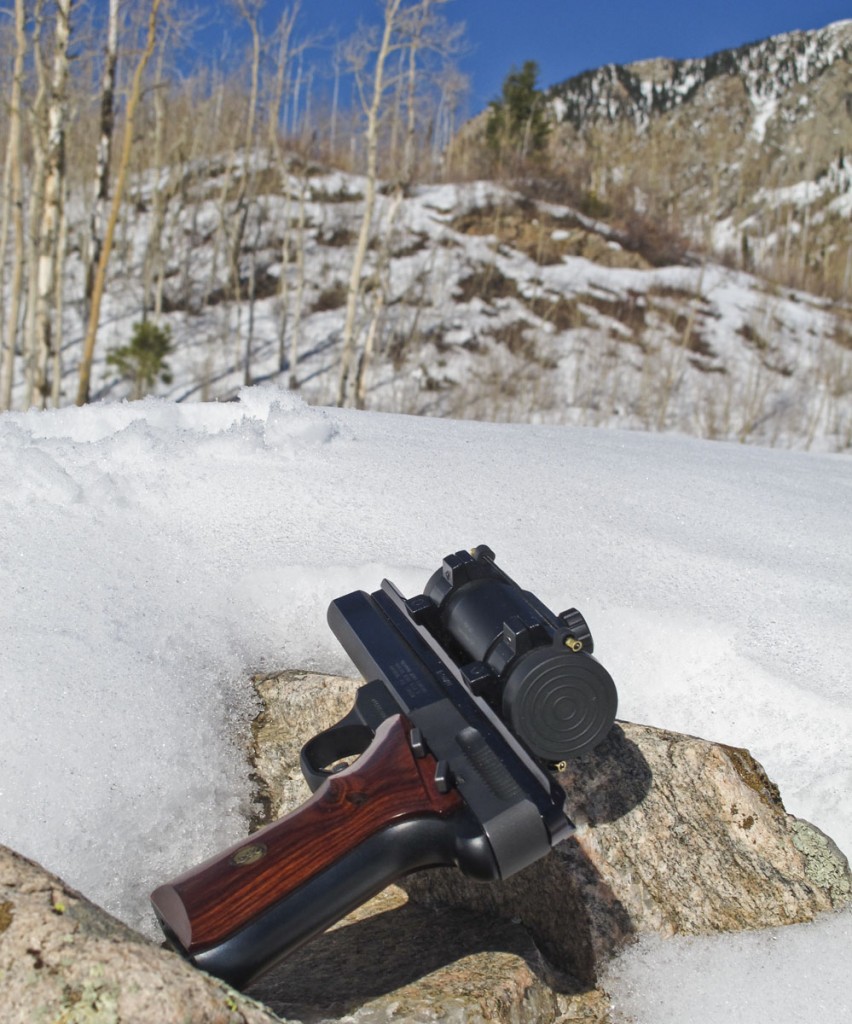 The Browning Buck Mark .22LR Pistol. This is maybe one of the most fun, accurate and relatively cheap guns to feed. I enjoy shooting tin cans and clays from 75-100 yards with this. Unfortunately, .22LR ammo is in quiet ridiculous demand right now; sky rocketing prices and general unavailability have kept it in it’s case.

Obsession with guns; A debate on gun control, this is not. To state a point that both sides should consider; maybe.

An obsession with guns; an appropriate topic for the current political scene with gun control; Why are men (or women for that matter) obsessed with guns? The focus so far has been on other aspects of gun ownership, but sometimes we need to look at the heart of it all. What drives men to lust over guns, why do we have more than one (it isn’t an uncommon question), and why do we feel so strongly about our rights as gun owners?

As for guns and why people like them so much, I believe the answer lies in the human curiosity. A gun works with no electricity and can work with no petroleum products, it is a marvel of human ingenuity and a tool that is obviously unrivaled even in today’s technological world. A gun will survive an EMP and doesn’t require batteries that might die. A gun is reliable and works on only a few, perfectly machined parts. With a gun, you can reach out and touch something or catch something that is as far away as the eye can see or as fast as a cheetah. A gun enables the human to escape our natural capacities. A gun also incorporates fire, an obvious and innate obsession in most young men. Guns, like fire, touch our instinct. Furthermore, a gun can provide game and protection from those wanting to steal the life essence that game provides.

As men have been the stereotypical machine enthusiasts, guns suffer no separation. Those of us men and women that are blessed with a passion for mechanics might be able to apply an ethical background to their tastes, but this contains limits. We can often rationalize our actions, but sometimes we need to confront ourselves with personal questions in honesty. I personally own no assault weapons, but as my friend Bob says; “There’s no disputing in matters of taste” I also don’t care for monster trucks or jeeps that look like a highway nightmare, but that gives me no right to tell them it is against the law. True, as an environmentalist, I feel as though gas hogging tanks are taking up more than their share of a footprint, but who is the real criminal? For the answer we would have to look at the source of our environmental issues, and those are far and wide in complexity.

The same goes for us gun-crazed enthusiasts, deemed by holier than thou as “fanatic believers in a fantasy nazi takeover.” Don’t you see? All of this debate, ongoing since the birth of democracy, breeds judgement, belief (not to be confused with fact), defense, teams, sides, and separation. The point that is being missed, is the fact that all Americans are suffering from injustices that are shadowed by the media hype and the rhetoric of the debate. Gun control will do as much to piss people off as banning ATV’s and have an equally unsatisfying result at curbing gun violence in america that banning those quads will do for the environment. Let us not forget, that the ATV is an example, your shopping bags full of petrochemical products, organic foods, video games, Apple products, and your dream homestead on the mountain side are all subject to the same demonization as any other interest. Hindsight is 20-20, I hope you leave yourself room to be wrong, because most of us are.

In conclusion, I ask all of you readers, to seriously ask yourselves what makes you happiest in life. What activities make you feel fulfilled. Try to make the connection with instinct and the human animal background. Most of us reach fulfillment at a very basic level. When someone’s lifestyle conflicts with yours; search for a commonality. We are all human, and we all share the same level of desire and feelings of fulfillment, only reaching that ends by a different means. You know what else? In general, people love each other, it is a superficial separation in interests that brings out the artificial killer within. Killing, is the last thing on just about anyone’s agenda. Unfortunately, those who have killed the most, were the strongest manipulators and polarizers of society in the history of human existence. Remember to have tolerance for others and hope that they have tolerance for you. If you really want to fight evil, the best way to do it is with love and compassion, not debate and separation. At a certain point, there is no more gasoline you can through on a burning home, the only influence that can change the matter is putting out the fire and rebuilding what was damaged.