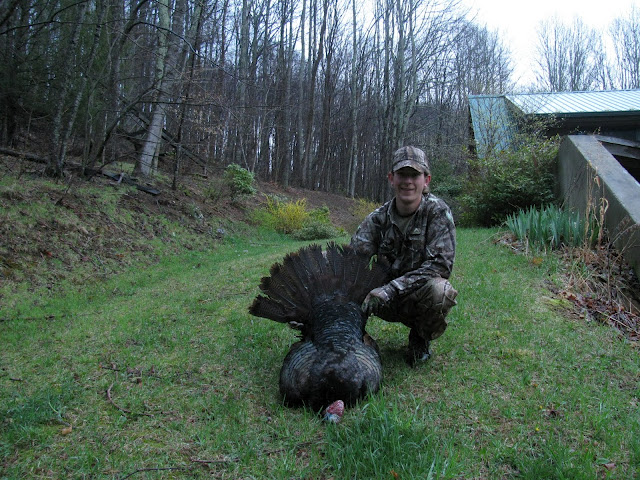 It was exactly how I had dreamed, which rarely happens. Days spent drifting off in the preseason, debating my setup locations and going through the works, obviously with successful images of calling in a large tom taunting me. Many would argue that I am one of an obsessive personality. My response would be that it’s not an argument but an accepted fact. Aside from that, my obsessions seem to pay off eventually.

I have spent my own fair share of time trying to forget about time and live in the moment, mostly when I’m down and in a rut. But maybe I’m so obsessed with the things I enjoy because they bring me back to an even more primal comfort than the thought of timelessness can offer; true timelessness.

Perhaps my daydreams of calling in big toms or my reminiscing on the challenges and successes of previous ventures distract me from the pangs of being so momentarily detached. Why should I be here now and hard at work? I’d rather be under a tree listening to gobblers on their roost, or not listening to them for the matter that they may not be there… at least I am.

Daydreams are generally deceiving, and by our own faults. It’s always nice to paint yourself a pretty picture just so long as you don’t end up with jewels in your eyes. How often do you accurately preconceive a foreign place just by description? How often do you find yourself in the discovery of success just as you had pictured? Not so often. For those who would debate the spiritualqualia of hunting, the transcendent moments of success, failure, or timelessness that the rest of us experience just seem too important to be selfishly hoarded. However the moment passes and we realize that it is something which cannot be shared. Even in the presence of our kin, the qualia will become lost in perception and translation, it’s ours forever but only for a moment. We can go about recounting the experience with those that were with us, but our experience is just that; ours.

It’s not a complete loss to tell the story of a hunt. If anything else it gives others something to dream about doing while at work, and writing it down helps me remember, as if I’d ever forget my first turkey.

Now that I live in Colorado, thinking about those spring mornings in that private holler in the high Southern Appalachians wrenches a tear. The culture of those mountain communities resonates throughout the granite bedrock and up through the leafing oaks and tulip poplars. It’s almost as if I can flip a switch in my head and be back there in those hills on that morning I harvested my first turkey.

The debris of the forest drenched with fog shed their dew onto my boots as I walk through the darkness up to the knob of a ridge along a barbed wire fence. My headlamp hits the fog like a whitewall. I setup on the edge of a grassy corridor through the red oaks and buckeyes, not far from a large field. Aware of the previous day’s rain, I’m hoping for more limb talk within a reasonable distance from my setup, if only for the nearby fields they were gossiping in the day before, basking in the precipitation.

The yin and yang of beauty in these mountains is a beautiful thing to witness on a foggy morning, many times I have been socked in on the peak of a mountain only to miss the beauty of it all. Maybe that is why it kept happening to me, something wanted appreciation and it wasn’t the sky or the next mountain peak. Sitting there then, I noticed the beauty of my daydreams come to reality. The gray, often dreary fog was now beautiful in its role of springtime. The mayapples quivering with the chill of each dewdrop falling from the trees above, the spring beauties were whiter than ever in the blue morning smoke (kind of like a white dog running in the snow; you only thought he was white) and the variety of songbirds treating me as though I were unnoticed. Then it happened.

The sound penetrated the fog and cut through the silence, all of the sudden there was a tunnel of excitement blocking out all other perceived senses; a gobble, not 150 yards away. Time slowed down as my heart raced, and then I realized, I’m in a bad setup for this bird.

At this point, my tunneled concentration melts back into the morning and I am immersed into this experience. Was I the missing puzzle piece or was the turkey? I’ll never know, but for that moment the puzzle was complete.

I changed my setup to face the other direction on a tree that was big enough, or so I hoped. The best thing I could find without crossing the fence and making too much noise had my movement restricted to aiming only at my left. I gave three tree yelps…gobble. I waited for five minutes or so and gobble, he was still on the limb, not that I expected anything else. I waited. I gave a few calm clucks… gobble. He was off the limb and getting closer, my heart pounded and seemed to reverberate through the tulip I was set up on and shake free some dangling dew tears. Then I hear her, another hen, another one, not me but someone else. She’s off in the other holler beyond the oaks and on the other side of the fence… gobble. HE was on the other side of the fence, hopefully circling around to get to me. Aware of my obstacles to my right, I had to move, but he was so close, maybe 100 yards. It was my only choice. I squeeze over the fence, getting snagged on my baggy camo and making a lot of noise. Setting up under a perfect tree I let things rest a bit.

By now the fog had lightened up and draped over a snagged log at about 50 yards away. The lichen on the trees grow heavy on this moist ridge and the green-gray of nature’s paisley added something indescribable to this setting. I let out a couple of purrs to let tom know everything was ok, and that I was still here. After some time he let out a gobble on his own accord and was getting closer, coming in to the hen of choice, AKA me. I let out three excited yelps… GOBBBLE.

Those were the last calls I would make that morning. I knew tom was coming in to me and so I just waited. The time went slow and my heart beat fast, but then, coming out of the fog over the fallen log about 50 yards away from me he peered his blue and red head. He hopped off of the log and took the grass corridor, maintained by grazing cattle, another 10 yards in. He stopped, strutted for another 5 yards, and came in closer, this time ducking behind some trees long enough for me to prepare myself for a shot. Tom strutted once more and came out of the trees, let down his feathers and reached his head up for one last time.

Just as I had dreamed.