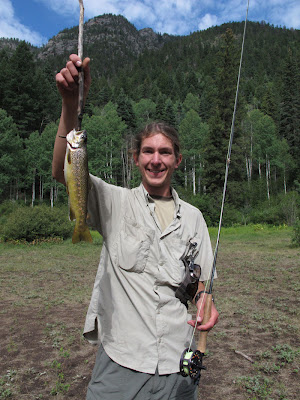 You would be hard pressed to find many fly fishermen who hadn’t at least heard of John Gierach. I remember when I was nineteen years old and just discovering fly fishing (it is one of those things where “discovered” -past tense- would suggest you have figured it out, which no one has). During my first summer of fly fishing, when it took me two months to make my first catch, John Gierach was a hero. He was a hero because I could live vicariously through his experiences. I might not have been catching any fish, but John sure was, or at least he said he was.

There seems to be debate as to whether or not I moved to Colorado for the fly fishing (because of ole’ John himself) or because it was my girlfriend’s idea. Regardless, I can now live out my own glorious fly fishing experiences rather than reading someone elses. In fact, I can even write about my experiences so that I can live vicariously through myself; an endless loop of happiness. Someone probably should have told John to shut up, who knows how many more people flock to Colorado now just because of him? I wonder if fishing with John is as pleasant as I picture it being…

Beyond the confessions, I remain fishing by myself most days. I love to fish with other people, but all too often find myself with more drive than my partner or playing the role of the babysitter. I’m still trying to talk Emma into fishing, but what if that actually worked?

Emma and I recently went on a little backpacking voyage with the dogs. There is a lot of wilderness to explore from Durango and you would have to live two lives to see it all. Either that or be one of those crazy ass long distance runners -24 miles before noon, count me the fuck out!- You can count me in on these small streams though! I almost always bring my rod on backcountry outings in a frivolous effort to find virgin trout. It was on this most recent trip that I realized John probably did catch all of those backcountry fish after all. I also learned that you can actually catch fish on a stimulator pattern (which until now, was always the fly I never took seriously, in fact, I thought I was getting my leg pulled for the past 6 years. The “STIMULATOR” would make a better cologne or condom name, and besides that, I couldn’t tie them worth a damn at first). I am generally a catch and release guy, but when it comes to overnight backcountry trips, eating a fish for dinner can really be a treat.

I remember my first self-planned backpacking trip into the Smoky Mountains with a good college friend. We were going to hike 50 miles, carrying waders and eating fish and couscous along the way. Words of wisdom: 1) Never be sure of catching fish 2) Especially where you have never been 3) NEVER bring plain couscous as your only backup. I may not have lost a friend on this trip, but I sure deserved it. One thing is certain, I’ll never eat couscous again in my life.

Things have changed slightly since that misadventure, for one I have graduated to a yellow belt in the martial art of fly fishing, and two; There are actually fish in these small streams big enough to eat (if you don’t catch them or see them, they simply don’t exist). My girlfriend and I were camping 6 miles deep somewhere in the Weminuche Wilderness area (where?). The first pool I cast into was right next to the campsite, which generally means no fish, that prenotion couldn’t have been more wrong. I caught and missed a few good sized wild browns, all on a stimulator pattern. Moving up I caught wild rainbows and the high of my life as I realized my dreams coming true. Sometimes the universe just seems to align for us at specific moments and then like an eclipse is gone. Those are the moments we live for. Fishing was followed by a dinner of brown trout, a deer in the meadow, an elk in the timber, a black bear too close to the tent, and a snowshoe hare. It was as if they all thought I was building a giant fucking boat or something. And then my girlfriend and I got into one of those nothing arguments, sometimes my skill in saying the wrong thing at the wrong time impresses me, and the eclipse was over… until the next morning when I ate brown trout for breakfast. 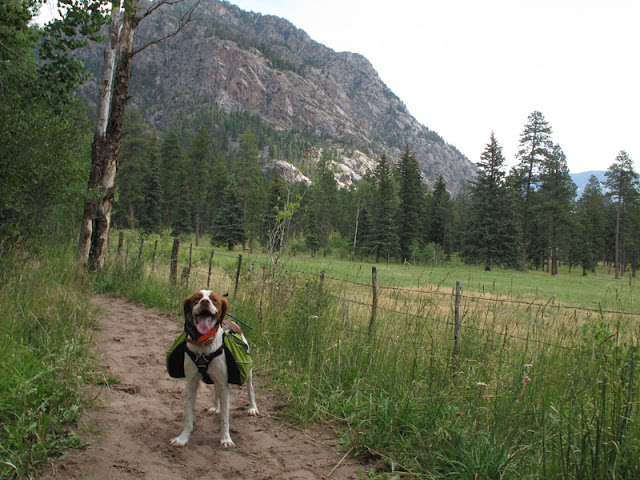